How much electricity does a spa pool use? (Spa pool running cost estimate)

Want to know how much it costs to run a spa pool? Wondering how to save money on running costs? This article fully explains spa pool and swim spa running costs, what to consider and more.

Firstly, full disclosure, I am the CEO of Spa World and have been manufacturing and retailing spas for over 25 years.

During this time, I have visited dozens of spa manufacturing facilities and have had ‘pitches’ from hundreds of spa salespeople. As such, I’ve learned a thing or two about manufacturing spa pools and swim spas.

If you're thinking about purchasing a hot tub, spa or swim spa, there's a good chance one of the first questions you may have is, "How much does a spa cost to run?".

This is not the easiest question to answer as there are so many variables to consider, such as:

To put this in perspective, a spa can cost as little as 30-40 cents per day to operate, or as much as $4-5 dollar per day. Quite a difference!

To get a little more specific, we can look at the experiences of our Spa World customers over the past years.

A premium spa pool such as a Vortex Spa™, in an average climate such as Auckland or Melbourne, being used 3-4 times per week, will cost between $30 and $50 per month over summer and between $60 and $80 per month over winter. The same spa in Brisbane would cost less to run in Queenstown or Tasmania.

As such, there is one ‘truth’ when it comes to spa pool running costs – the more you invest upfront, the less you will spend over time. You may consider this to be an inconvenient truth, but it is true nonetheless. Why? Read on.

Most of the cost of running a spa is related to the heating of the spa’s water.

There are many types of insulation that are used in spa pools and manufacturers and retailers naturally claim that theirs is the best! 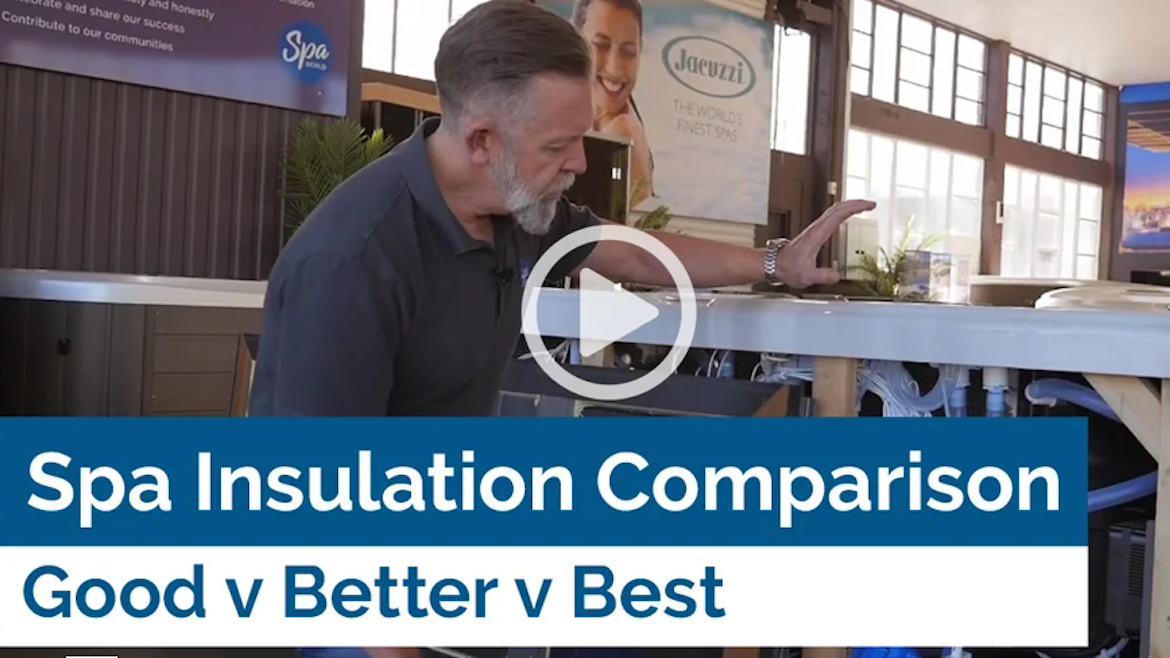 To cut through the marketing hype – more is better. And when I say more, I don’t mean layers, I mean thickness. One thick layer of foam is better than five thin layers of marketing hype!

As such, you will find that the pricier spas on the market use what is called ‘full foam’ insulation, in that the entire cavity between the spa’s shell and the inside of its surrounding cabinet is filled with foam.

So why don’t all spa manufacturers use full-foam insulation?

Heat escapes from spas by convection or evaporation so the cover of the spa needs to use insulation to stop convection and a tight seal to stop evaporation.

Once again, more insulation is better and a good cover seal is critical.

You will discover covers on cheaper spas are thin and light with poor sealing properties, whereas covers on more expensive spas are thick, heavy and provide a strong seal against evaporation.

The best quality covers will include padded seals through the middle fold and around the edges, further preventing heat loss.

Does this mean that the cover of a more expensive spa is difficult to take on and off? Yes. However, help is at hand in the form of a cover lifter – a mechanism that assists you to remove the cover.

Higher quality cover lifters use a gas shock to assist the removal meaning even the littlest of old ladies can remove the thickest and heaviest of covers. 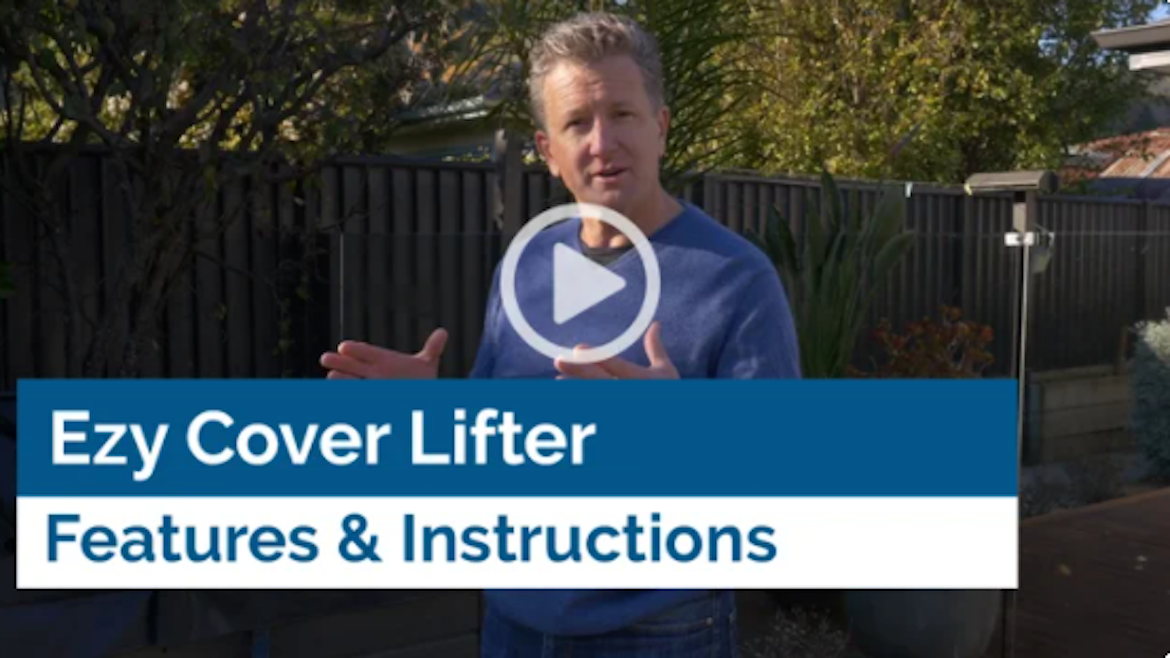 ‘Smart’ control systems that are found on quality spas, measure heat loss over time and use artificial intelligence to maximise the efficiency of the heating cycle. This can shave as much as 20% off the heating cost.

Furthermore, smarter control systems can be programmed to only run when your power is the cheapest. This might be during the day if you have solar panels, or in the earlier hours of the morning when power costs are at their lowest. 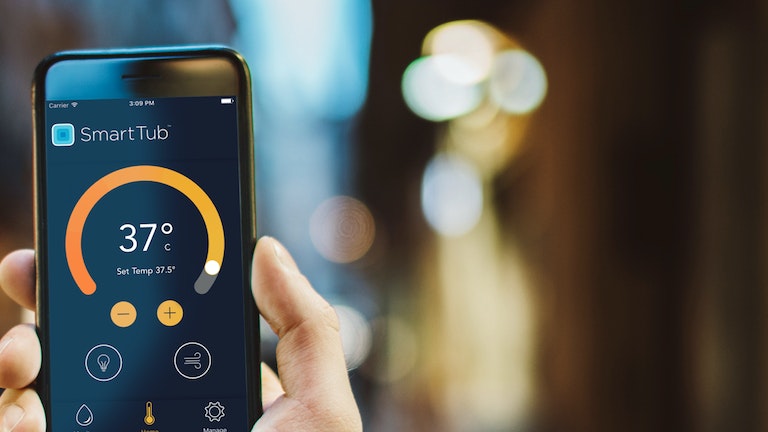 The energy cost of two-speed vs circulation pumps

There are various types of pumps used in a spa. Whilst they do not draw as much power as the heater, they are still a factor in running costs.

Cheaper ‘plug and play’ spas often use a two-speed pump. As the name implies, the single pump can operate at a low speed for filtering and heating and higher speed when you want the massage jets to run. Even at low speed, a two-speed pump will use more power than the second type of pump – a circulation pump.

A circulation pump (circ pump for short) is dedicated to heating and filtration, leaving the bigger (and hungrier) ‘jet pump’ to only come on when you are using the spa. Not only does the circ pump system use less juice, it generally lasts longer, does a better job of filtering the spa’s water, and is much quieter. Your neighbours would prefer you to purchase a spa with a circulation pump!

Believe it or not, this affects running costs.

If you are installing a spa onto a deck, it is a very good idea to lay some form of insulating blanket down on the deck under the spa.

For some backyard design inspiration you could check out the swim spa and spa installations in this article. https://www.spaworld.com.au/learn/articles/best-pool-spa-design-ideas-backyards-decking-new-builds/ 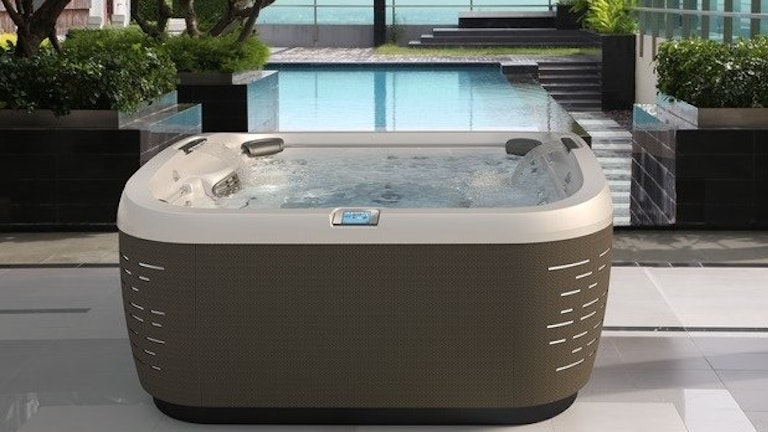 Buying a cheap spa, whilst attractive at the time of purchase, will end up costing you far more over the life of the spa.

Running costs of $4-5 per day are not unknown in cooler climates. However, investing more upfront can dramatically reduce the lifetime cost of spa ownership, reducing running costs to as little as 30-40 cents per day in warmer climates.

If low running cost is of primary importance, choose a spa with the following attributes:

I hope this helps you find the perfect spa! 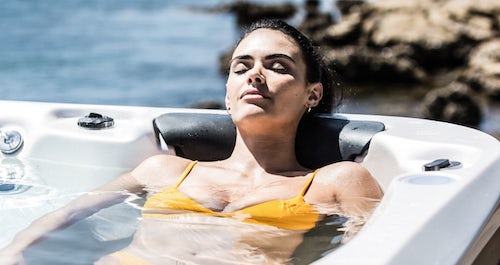 How much does a spa cost in Australia? (Spa prices, considerations and more)

Want to know how much a spa or hot tub costs? Wondering about price ranges and why there’s such a difference? This article fully answers those questions and more... 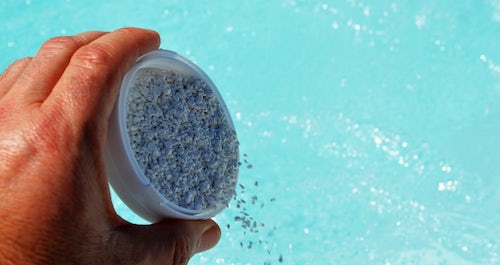 Are cheap spa chemicals worth the risks?

It’s tempting to try and save money on chemicals and cleaning products when you own a spa pool or swim spa. Before you buy low-cost products, you should know the risks. This detailed article explains everything you need to know about spa chemicals including what to avoid and where to buy the best products. 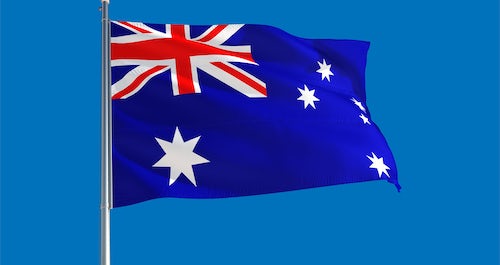 Are Vortex Spas made in China and are Chinese made spas any good?

Shopping for a spa pool? Wondering if Chinese made spas are any good? This detailed article looks at spas and swim spas made in China and explain price differences, quality, what to look for and more. 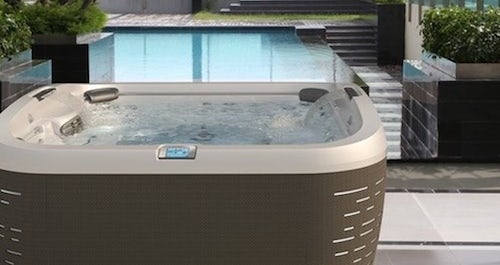 Top 5 features your spa must have

If you're looking at taking the plunge and purchasing a spa, you may have begun your search online. The tremendous amount of information about hydrotherapy spas, swim spas and spa pools can be overwhelming. To help, we've listed the top five essential features the perfect spa should offer and why they matter.